You’re dead-locked in a dispute, your lawyer has told you there’s nowhere else to go except the court, that it’s very expensive, but you might lose – is there nothing else you can do?

The fact is that disputes that appear to be deadlocked can often be resolved by bringing in an expert mediator. I am an independent neutral.  My job is not to judge who is right or wrong, but to work as hard as I can with both parties to the dispute.  We will discuss the problem separately and together, and find a solution that saves costs and cuts risk. 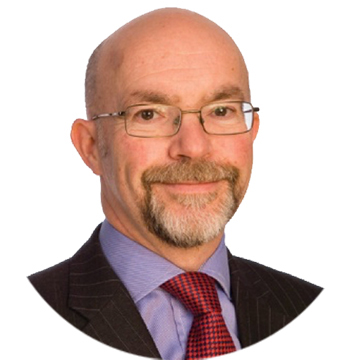 Fellow of the Society of Advanced Legal Studies, Arbitrator and Adjudicator.

Having qualified practised first as a Barrister and then as a Solicitor, I have wide experience of civil disputes in and out of court.

More than 30 years’ experience of high level law practice, including my work as a specialist construction Adjudicator, have given me invaluable understanding of the disputes that the sector constantly generates.

Registered adjudicator and panel member with experience of both domestic and international arbitration.

Whether a single hour seminar, a webinar you can use and re-use, or a bespoke multi-week, programme, we can provide worthwhile, meaningful and inter-active teaching for your organisation.

PTT was a commodity trader and Triple Point was a software designer.  In February 2013 PTT contracted to pay Triple Point $6,900,000 to design and supply a sophisticated software program to support its commodity trading business.  The contract provided for liquidated damages of 0.1% of the value of unusable or undelivered works from the due date to completion.

The parties fell out over payments and performance, then in March 2015 PTT terminated the contract with Triple Point for non-performance.  Triple Point sued for outstanding payments,and PTT counterclaimed for (1) Liquidated Damages (“LD’s”) for delay to the date of termination and (2) general damages  from that date for the extra cost of getting the work completed by others.

The High Court ruled that PTT were right to terminate, and awarded LD’s from contractual completion dates to termination, and general damages for cost to complete thereafter.

The Court of Appeal however ruled that on the wording of the Contract, LD’s were only due on items or stages of work that had been finished as at termination.  Anything incomplete was not covered by the LD’s provision.

The UK Supreme Court over-ruled the CA, saying it was “inconsistent with commercial reality”. PTT was awarded LD’s on all work that was late, up to the date of termination, and damages for the cost to complete thereafter.

This is a very welcome decision which has restored how we all understood Liquidated Damages clauses to work, i.e. that LD’s apply from the contractual completion date to termination, and general damages for cost-to-complete apply thereafter.

At paragraph 35 of her judgment, Lady Arden in the UKSC robustly dismissed the Court of Appeal’s ruling  as inconsistent with commercial reality and with the accepted function of LD’s.  She noted rightly that parties agree a liquidated damages clause so as to provide a remedy that is predictable and certain for a particular event (here, as often, that event is a delay in completion). The employer does not then have to quantify its loss, which may be difficult and time-consuming for it to do.

She insisted that when interpreting what parties meant by their contracts, they must be taken to know the general law, namely that the accrual of liquidated damages comes to an end on termination of the contract.  After that event, the parties’ contract is at an end and the parties must seek damages for breach of contract under the general law. Consequently, parties do not have to provide specifically in their negotiations for the effect of the termination of their contract. They can take that consequence as read.

Complex civil engineering dispute, where court had ordered an adjournment to mediate. The expert witnesses offered radically different analyses of fault and loss, and there were complex issues of legal liability also.  Making fill use of Zoom's breakouts feature, the dispute was settled over a long day to the satisfaction and relief of both parties.

Get in touch to find out more about our mediation, training and other services today

Get in Touch
His advice is always practical and very easy to understand, including the risk surrounding possible decisions. Rob has the skill and personality to explain the most complicated legal point in simple terms.

Rob's deep knowledge of the law and ability to think laterally and creatively made a big difference to our dispute. He puts a lot of energy into the process and kept us going and pushed through to a successful conclusion even when we were sceptical about making any further progress.